Dr. Wilkinson is Associate Professor and Associate Chair of the Politics and International Affairs department at Wake Forest University. She is also the Founding Director of the Race, Inequality and Policy Initiative. She received her Ph.D. and M.A. from the Louisiana State University and her B.A. from Loyola University New Orleans. Her research falls into four broad categories: 1.) attitudes toward race policies, 2.) Latinos and the criminal justice system, 3.) the Latino electorate in the South, and 4.) race and individuals’ perceptions of corruption.

Hana Brown is an Associate Professor of Sociology at Wake Forest University. Her research examines the political origins and political consequences of racial inequalities.  She uses an array of qualitative and historical methods to understand the effects of political actors and institutions on racial inequality, the effects of immigration and racial divisions on policy outcomes, and the micro-level effects of state actions on the lives of racial minorities and immigrants. Professor Brown’s scholarship has been published in such journals as the American Sociological Review, American Journal of Sociology, Social Problems, and Ethnic and Racial Studies.  Her research has been funded by the Russell Sage Foundation and the National Science Foundation and has received awards from four different sections of the American Sociological Association. She received her Ph.D. and M.A. from the University of California, Berkeley and her BA from Bryn Mawr College.

Sara E. Dahill-Brown is an associate professor in the politics and international affairs department at Wake Forest University where her research and teaching center public policy, economic and identity-based inequalities, and educational politics within the United States. She is an alumna of Utah’s public schools, a graduate of Trinity University in San Antonio, Texas, and a recovering middle school teacher. She has worked as a researcher and volunteer in the school systems of Wisconsin, where she earned her doctorate, and North Carolina, where she now lives. Her book, Education, Equity, and the States: How Variations in State Governance Make or Break Reform was published with Harvard Education Press in 2019, and her writing on educational politics and inequality has been featured in edited volumes, refereed journals, and professional magazines.

Kami Chavis is a Professor of Law and Director of the Criminal Justice Program at Wake Forest University School of Law. In 2015, she was appointed as a Senior Academic Fellow at the Joint Center for Political And Economic Studies. She has substantial practice experience and writes and teaches in areas related to criminal law, criminal procedure, and criminal justice reform. After receiving her J.D. from Harvard Law School, she worked as an associate at private law firms in Washington, D.C., where she participated in various aspects of civil litigation, white-collar criminal defense, and internal investigations. In 2003, she became an Assistant United States Attorney for the District of Columbia, involving her in a wide range of criminal prosecutions and in arguing and briefing appeals before the District of Columbia Court of Appeals. Professor Chavis frequently makes presentations on law-enforcement issues and is a leader in the field of police accountability. Her articles have appeared in the American Criminial Law Review, the Ohio State Journal of Criminal Law, The Journal of Criminal Law and Criminology, the University of Alabama Law Review, and the Catholic University Law Review, and other legal journals. Her research focuses on using Cooperative Federalism principles and stakeholder participation to implement sustainable reforms in the criminal justice system. She writes in the areas of police and prosecutorial accountability, federal hate crimes legislation and enforcement, and racial profiling. She was elected to the American Law Institute in 2012.

She is a frequent contributor to national and international media outlets and has appeared on CNN, CTV, and NPR. She has written for the New York Times and the Huffington Post, and has been quoted in the Wall Street Journal, BBC News, U.S. News and World Report, International Business Times, Deutsche Welle, and other outlets regarding police accountability and the structural reform of law enforcement agencies.

Amanda Griffith attended Colgate University in Hamilton, New York, double-majoring in Biology and Economics. Following graduation, she began her graduate studies in Economics at Cornell University with a National Science Foundation Graduate Research Fellowship. She received her Master of Arts in Economics in January of 2008 and received her Doctor of Philosophy degree in August of 2009. Her research focuses on the Economics of Higher Education. In particular, she is interested in studying students’ choices of type of college and major, and how this affects their labor market outcomes. Additionally she studies how institutional policies such as financial aid and institutional spending can affect the distribution and success of students enrolled at a college or university.

Lisa Kiang is a Professor of Psychology in the Department of Psychology at Wake Forest University. Dr. Kiang’s training is in developmental science.  Her research focuses on self and identity, family and social relationships, and race/ethnicity. Her expertise includes racial/ethnic identity development and well-being among immigrant and minoritized youth. She has extensive experience collecting and analyzing data using longitudinal methods and school and community recruitment. Much of her work examines longitudinal processes and implications of identity formation and culturally-protective factors such as purpose, meaning, family relationships, and ethnic/racial socialization in the face of marginalization and discrimination. She has been co-PI on several grants (federal and foundation). More specifically, major themes include: (1) Relational approaches to self and identity: for example, how self-evaluations and social identifications vary across relationships and situational contexts and ultimately influence adjustment; (2) Protective influences in development: With a focus on youth from minoritized backgrounds, she is interested in uncovering ways to promote healthy well-being and more adaptive social relationships. Does cultural background or racial/ethnic identification have a protective role in development? What are the precise mechanisms by which these positive effects occur (e.g., through a deeper sense of social belonging or purpose in life), and (3) Racial/ethnic socialization among minoritized youth, including boosting the effectiveness of parent-child conversations to boost racial/ethnic identity and proactive, positive coping with discrimination.

Dr. Sherri Lawson Clark (Ph.D., American University), an applied cultural anthropologist, has conducted ethnographic fieldwork for over 15 years with low-income urban and rural African American, Latino, and white families across the United States.  Dr. Clark’s research specialty surrounds housing instability among poor families and examines the intersections of housing policy with health and welfare policies, marriage initiatives, migration, and the effects of residential mobility on the well-being of poor children and families.  Her research is guided theoretically through the lens of the built environment in which spaces where the poor live, work, shop, entertain and relax are seen as socially produced, constructed, contested, and embodied.  Dr. Clark has discussed her research in both academic settings and at the local level with community-based organizations, social service employees and others who provide direct services to those in need.

Dr. Clark teaches courses in cultural anthropology and social stratification in America surrounding her research foci.  Many of her courses are cross-listed in the American Ethnic Studies program where she is a Core Faculty member.  In the classroom, she uses her teaching and scholarship to equip students with the necessary knowledge, training, and cultural sensitivities to aid them as future problem-solvers in our global world. Her pedagogy is praxis-oriented whereby students are able to deconstruct and comprehend conceptual arguments by applying them in real life contexts.

Peter Siavelis is a Professor of Political Science and Director of the Latin American and Latino Studies Program at Wake Forest University. He is also the founder and on-campus director of Wake Forest’s study abroad program in Santiago, Chile and Buenos Aires, Argentina.  Peter received his PhD in Government from Georgetown University in Washington, DC and is an expert in electoral, legislative and presidential politics in Latin America (with a particular focus on Chile and Argentina). His publications include books entitled The President and Congress in Post-authoritarian Chile, Pathways to Power: Political Recruitment and Candidate Selection in Latin America (edited with Scott Morgenstern), Getting Immigration Right: What every American Needs to Know (edited with David Coates) and Democratic Chile (also published in Spanish as El Balance), with Kirsten Sehnbruch.  Siavelis has also published numerous book chapters and refereed journal articles, writing on topics including candidate selection, election systems, democratic development, immigration, and Latin American politics. He has published in journals including Comparative Politics, Comparative Political Studies, Electoral Studies, Presidential Studies Quarterly, and Latin American Research Review.  He was the recipient of Wake Forest’s Ried-Doyle Prize for excellence in teaching in 2003 and the Jon Reinhardt award for distinguished teaching in 2019. He has held visiting appointments in Spain and Chile.  His media bylines include Washington Post, World Politics Review, The Latin American Advisor, La Tercera (Chile) and El Mercurio. (Chile).

Alessandra Von Burg is Associate Professor of Communication at Wake Forest University. She is affiliated faculty for American Ethnic Studies and Jewish Studies. Her research focuses on rhetorical theory, citizenship, mobility, noncitizens, and nonplaces. She has published in Philosophy & Rhetoric, Advances in the History of Rhetoric, Quarterly Journal of Speech, and other national and international outlets. She was co-principal investigator for the Benjamin Franklin Transatlantic Fellows (BFTF) Summer Institute, a Department of State-funded summer program for international and American students, and co-editor of a book about the BFTF. She is also the director and executive producer of the Where Are You From? Project; and the co-founder of the Every Campus a Refuge (ECAR) chapter at Wake Forest University and the Incubator@WFU, residential programs for refugees and asylees.

The land on which Wake Forest University now resides and the land on which the original campus resided served for centuries as a place for exchange and interaction for Indigenous peoples, specifically Saura, Catawba, Cherokee, and Lumbee in the current location and Shakori, Eno, Sissipahaw, and Occaneechi in the original campus location. https://americanindiancenter.unc.edu/resources/about-nc-native-communities/ 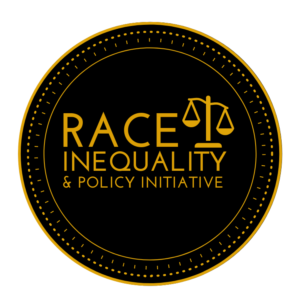